The Big event is played by a 18-holes Texas Scramble tournament.

What is Texas Scramble?

Texas Scramble is a form of team competition in golf. In the purest, simplest form of Texas Scramble all members of the team – teams are normally of 3 or 4 players – tee off. Then one of these drives is chosen to be used for the next shot and all members of the team place their balls where the chosen drive ended up, and all the team play a second shot from this spot. From these second shots, one is chosen and all play a third shot for there – and so on until the ball is holed. Each team returns one score for each hole and the team with the lowest score for the round wins.

One of its attractions of Texas Scramble is that poor golfers can join in with little fear of embarrassment or of being a burden to other players, If a golfer’s drives whimpers off deep into a nearby undergrowth no worries – just choose one of the other two or three drives. Or no worries normally. There are many variations on the rules of Texas Scramble. For example some formats requires that a certain number of drives must be taken from each player in the team, typically three drives in a four-man team, or four in a three-man one.

The aim of these modifications are to get all players involved more. In pure Texas Scramble, in theory, one player could play every shot which counts. However for some the attraction of Texas Scramble is precisely that one or two players can carry a team. For this reason Texas Scramble is often used for charity events and suchlike, when several of the golfers may be inexpert or very out of practice. 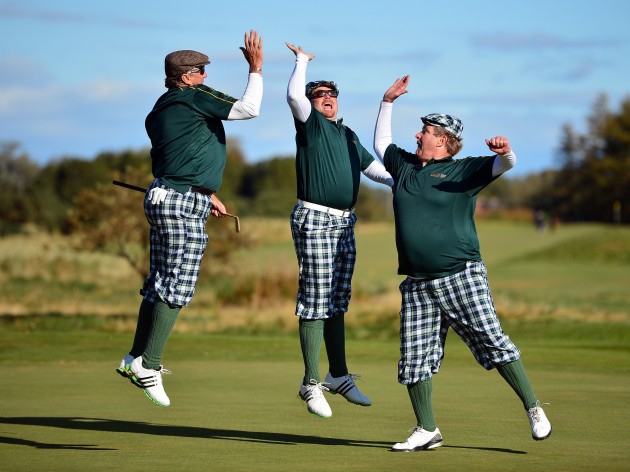